The Art of the Mexican Carne Asada

Anyone who has ever set foot in a taqueria, at a taco truck or has at least one Mexican friend has long been able to tell you what carne asada is. Anymore, it pops up on menus at less-than-authentic places like Del Taco, Chipotle and the rest of their ilk. Despite being found in just about every town and often on every street corner in the United States, carne asada is far less ubiquitous in México than you might think, and there’s a bit of confusion about what exactly is and isn’t carne asada.

While for many a taqueria connoisseur the go-to order is “__________ de carne asada”, that is more a product of demand than of Mexican culture. The American obsession with beef drives Mexican menus in the US and restaurants are happy to oblige their gringo customers, even if that means selling you something not all-too-common back home. In Mexico, you will rarely see beef enchiladas (there are always exceptions). Beef is regularly shredded (deshebrada), sliced thin and breaded (milanesa), or put into various stews where the meat is stretched out. As a matter of economics, beef is prohibitively expensive for a large segment of the population to eat it regularly. The one place where it is more accessible is in the northern states, where land is open and plentiful, and average incomes are higher. In these Northern States (Sonora, Durango, Chihuahua, Coahuila, and Nuevo Leon) carne asada doesn’t just refer to beef that ends up in a taco, but to an entire genre.

Carne asada throughout Mexico, but moreso in the north, is both a food and an event. Much the way one goes to a barbecue in the American South, a Mexican attends a carne asada. At a carne asada, one can expect to find two things for certain: fire and beef. Everything else are just details. The cuts and quantities of beef to be found hinge on a few factors-economics being the biggest player, region coming in second, preference pulling in third.

Because carne asada translates literally as “grilled meat”, these are your only two essentials-meat and a grill (asador). However, there are standards and preferences. In almost all cases, carne asada is cooked over a charcoal or wood fire. The woods of choice here are Mesquite and Encino (red oak), though you’ll sometimes see pecan used when orchards are being pruned or pulled in the name of progress. Propane is highly unconventional. Briquets are available, but not popular. The grills themselves in Mexico tend to be open and utilitarian. Lids and attachments are for show-offs. This is after all, a place where an onion is the preferred tool for cleaning your grill grate.

When it comes to what hits the grill once it is fired up, it largely depends on how much you get paid and where you come from. I’ll touch on different cuts in a moment. First though, let’s talk about what goes along with carne asada. As a general rule, a carne asada will feature some of the following:

Certainly you can find other sides at a carne asada, this is by no means an exhaustive list. Let’s talk about meat.

When an American hears carne asada, he likely thinks of chopped up bits of beef. In many fine establishments in the US, the asada has never seen fire as it gets cooked on a griddle (a la plancha) but I digress. While easy to chew, little tiny pieces are hard to identify. Here is a list of cuts typically used for carne asada:

Again, I will have missed something. 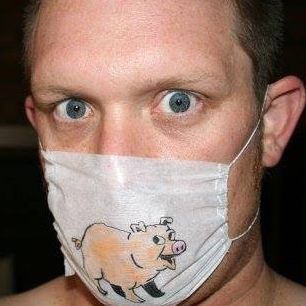